Can Too Much Caffeine Hurt Your Immune System? 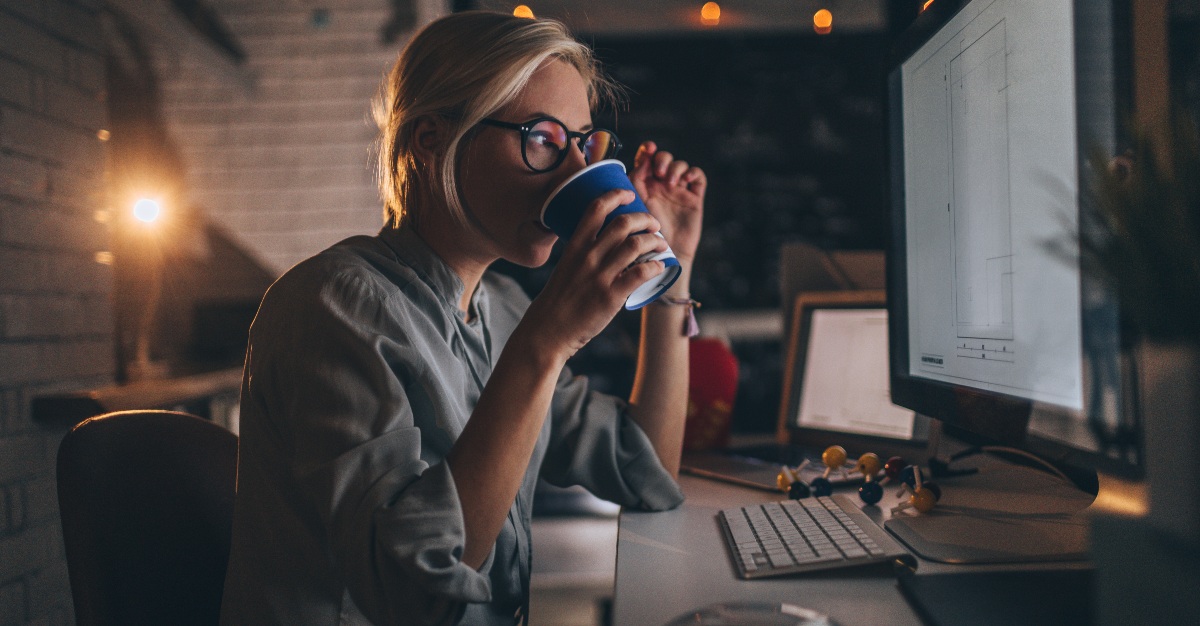 Depending on our mood, we reach for a variety of drinks at work.

There are easy options like water, or drinks that come with other needed vitamins and mineral. There’s also the much-needed pick-me-up. Employees might try energy drinks, soda, tea, coffee, kombucha, protein drinks or the many more choices to restore energy.

Many of these popular workplace drinks have one important thing in common: caffeine.

Sometimes you need that boost because you woke up late and need an energy in the morning. For many, it’s just part of their morning routine to stop at Starbucks, Dunkin’ Donuts, Krispy Kreme, Rook or Coffee Bean & Tea Leaf.

Then, when you have your lunch, you need to get through the afternoon. That might be time for a soft drink loaded with caffeine. Later in the afternoon another cup of coffee or energy drink may be provide the last energetic push for the rest of the day.

We live in a fast-paced society and slaves to time, and our schedules and drinking caffeinated beverages help many of us meet those demands.

But, what do all those caffeinated drinks do to our bodies?

Some studies have shown that coffee contains antioxidants and other health properties when consumed in small amounts. Naturally, caffeine stimulates your blood vessels, as well as the brain within the first 15 minutes of drinking it. A cup of joe also gives you a rush and increases dopamine, which is referred to as the “feel good” hormone.

But, other research reveals that when you drink too much caffeine, it can actually have adverse effects over a long period of time.

Sleep expert Dave Gibson spoke on these effects to the Express. Gibson noted that drinking too many caffeinated beverages, “affects your immune system.” He elaborated on the effect, saying, “Chronic elevations of cortisol can alter the immune system responses.”

Like dopamine, cortisol affects a person’s mood and body, but this hormone causes stress. Excess caffeine creates much more cortisol in the body. That could then cause a higher blood pressure, weight gain and acne.

Excessive amounts of coffee can also throw off your sleeping habits and adrenal function.

Sleep deprivation affects every aspect of your life, including your work. A lack of quality sleep can be the cause of irritability and lack of professionalism at the office. Coffee exacerbates insomnia and other sleep disorders.

Unfortunately, if you’ve drunk coffee for a significant length of time, you may be experiencing depression and other cognitive delays. Some of these include brain fatigue, memory lapses, increased anxiety, and restlessness.

Some of those restless feelings can also come from pure adrenaline.

The adrenal gland is essential in helping us determine a flight or fight situation. It can then provide the necessary hormone adrenaline for such instances.

But, coffee seems to increase the production of adrenaline. Many people then suffer from what seems like a panic attack or think that they have a heart attack. This is because you might experience heart palpitations, chest pains, twitching, and fatigue.

It’s ironic that many people drink coffee to relax, but it actually has the opposite effect on them.

Other than preventing an addiction to caffeine, maybe these effects are why your doctor recommends only having two cups of coffee per day.

Do you have any other questions about health in the office or while working? Passport Health can help. Give us a call at or fill out a contact form for more information.

Questions?
Our team is here to help.
Call us today at