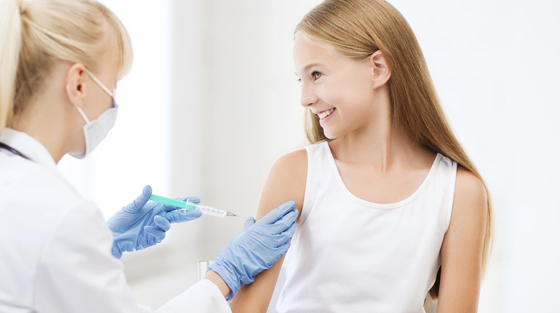 The Food and Drug Administration recently approved a third HPV vaccine to help prevent additional forms of cervical and other cancers. Gardasil 9 protects against more strains of cancer and genital wart-causing HPV than any other vaccine that is currently available (including the standard Gardasil vaccine). This is a huge step forward in cervical health and for both men and women in general.

Although the vaccine has been approved for women aged 9 to 26 and men aged 9 to 15, there is still a lot of work that needs to be done before Gardasil 9 officially becomes available. It is unclear if those who are currently receiving a standard Gardasil vaccination series could switch over to the new variant, or if those who have already completed a three dose course of standard Gardasil can receive the new vaccine for added protection.

Merck has stated that like all other HPV vaccines on the market, a three dose treatment will be required. But, some physicians are wondering whether this is necessary and are hoping the FDA will engage in further testing. Studies show that while a majority of women receive their first HPV vaccine, many fail to get doses two and three. A lowering of the number of doses in the series could improve the number of women (and men) that are fully inoculated.

Neither the FDA nor Merck have stated when the vaccine will become available to the general public.

Be sure to consult a medical professional as a part of deciding which HPV vaccination would be best for you or a member of your family.

If Gardasil 9 is shown to provide additional protection over the current version would you re-vaccinate? Comment below or on our Facebook page with your thoughts.